Open to innovation, closed to fire back
To make this site work properly, we sometimes place small data files called cookies on your device. Most websites do this too. You can easily accept the cookies on this site by clicking this link:

Open to innovation, closed to fire

Smoke control shutters and dampers are suitable for use in ventilating protected lobbies, venting to shafts either naturally or mechanically. They open to evacuate smoke in emergency situations whilst maintaining fire resistant integrity in standby position.

MARKAGE MB - Smoke control damper for installation in a wall or a refractory duct.

How does a smoke control damper work?

Smoke is considered to be as dangerous as fire, if not more.
Smoke control solutions are designed to evacuate smoke and heat in case of fire. They create a smoke-free zone to facilitate the evacuation of people under good visibility conditions. Rf-Technologies smoke control shutters and dampers are normally closed, and open locally in the event of fire. 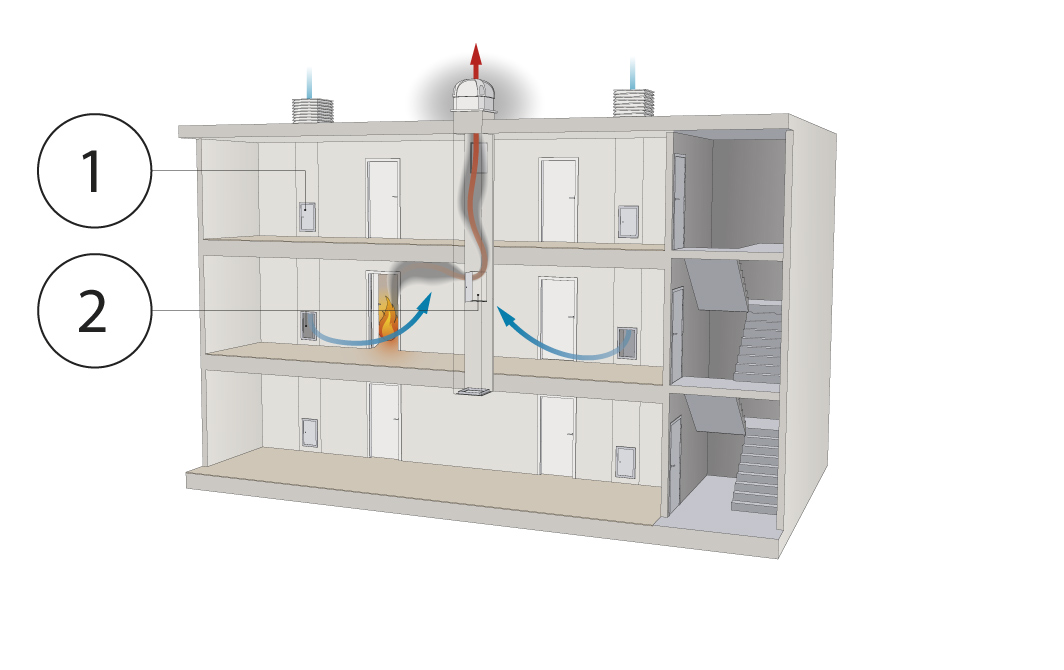